Kalimpong compares favorably with other hill stations in India. Infact it has advantags  over most with its mild climate, good residential facilities, good schools and hospitals, clean surroundings, relaxed atmosphere and its glorious view of the mountain range. Kalimpong itself is the headquarters of the Sub-division of the same name. The town is not compact or concentrated but scattered along a ridge from an elevation of approximately 1150 mts. to 1450 mts. The bazaar is the seat of the saddle; to the north is the Delo hill and to the south the Durpin hill. The mighty Teesta River runs to the west of it, River Relli to the east. Kalimpong has come a long way since 1865 when it was a hamlet of 3- 4 families, to the hustling and bustling town that it is now. A town of almost 50,000 inhabitants - it is now one of the major town of the area.

KALIMPONG
Various scholars have given various meanings about the name- Kalimpong. Mr. K.P. Tamsang, author of "The Unknown and Untold Reality about the lepchas” opines that the original name is ’Kalenpung’ which in Lepcha means_" Hillock of Assemblage". He suggests that the name was distorted in the course of time into Kalenbung and later the British further distorted into Kalimpong. Another meaning of the word is “Ridges where we play” . The Tibetan translation of the word is "The Stockade of Kings Ministers” from the two Tibetan words, "Kalon" meaning kings ministers and “pong” meaning stockade. The hill people translate it as "Kalibong" or the black spur.


Brief History
Kalimpong was a part of the “Rang” Kingdom ruled by the Lepchas. They were a part of the ruling clan who ruled in Sikkim. The Bhutanese ruler Murdered their last great ruler, a man of much courage and bravery, and after his death, the Bhutanese overtook Kalimpong. As per the record, the year of the Bhutanese takeover was 1706. Kalirnpong stayed with the Bhutanese upto the year 1864 when the East India Company defeated Bhutan in the Anglo Bhutanese war. It was placed in the western Dooars District and a year later was transferred to the Dist of Darjeeling. In the later years, Kalimpong showed much progress due to the trade with Tibet and other factors. Gradually it became the important sub-division town that it is today.. 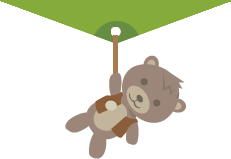 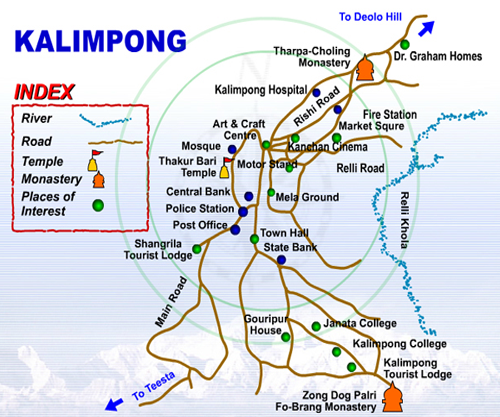